*Purpose: Delayed Graft Function (DGF) is routinely characterized as attributing to significant morbidity and mortality among kidney transplant recipients. While there are diverse potential mechanisms for onset of DGF, the clinical implications of DGF may be varied and the opportunities for minimizing DGF in the context of deceased donor transplantation are not clear. Moreover, the causal relationship between DGF and long-term graft survival is not fully understood.

*Conclusions: DGF is associated with lower graft survival in the United States. However, stagnant DGF incidence over time in parallel with marked improvements in short and long term graft survival suggest that DGF may not be a primary causal factor for reduced outcomes. The varied mechanisms, etiology and management of DGF may also have changed over time. Efforts to further reduce DGF rates may not have prominent impact on further improvements in graft survival but alternatively acceptance of additional higher risk deceased donors even with elevated likelihood of DGF may provide significant survival benefits. 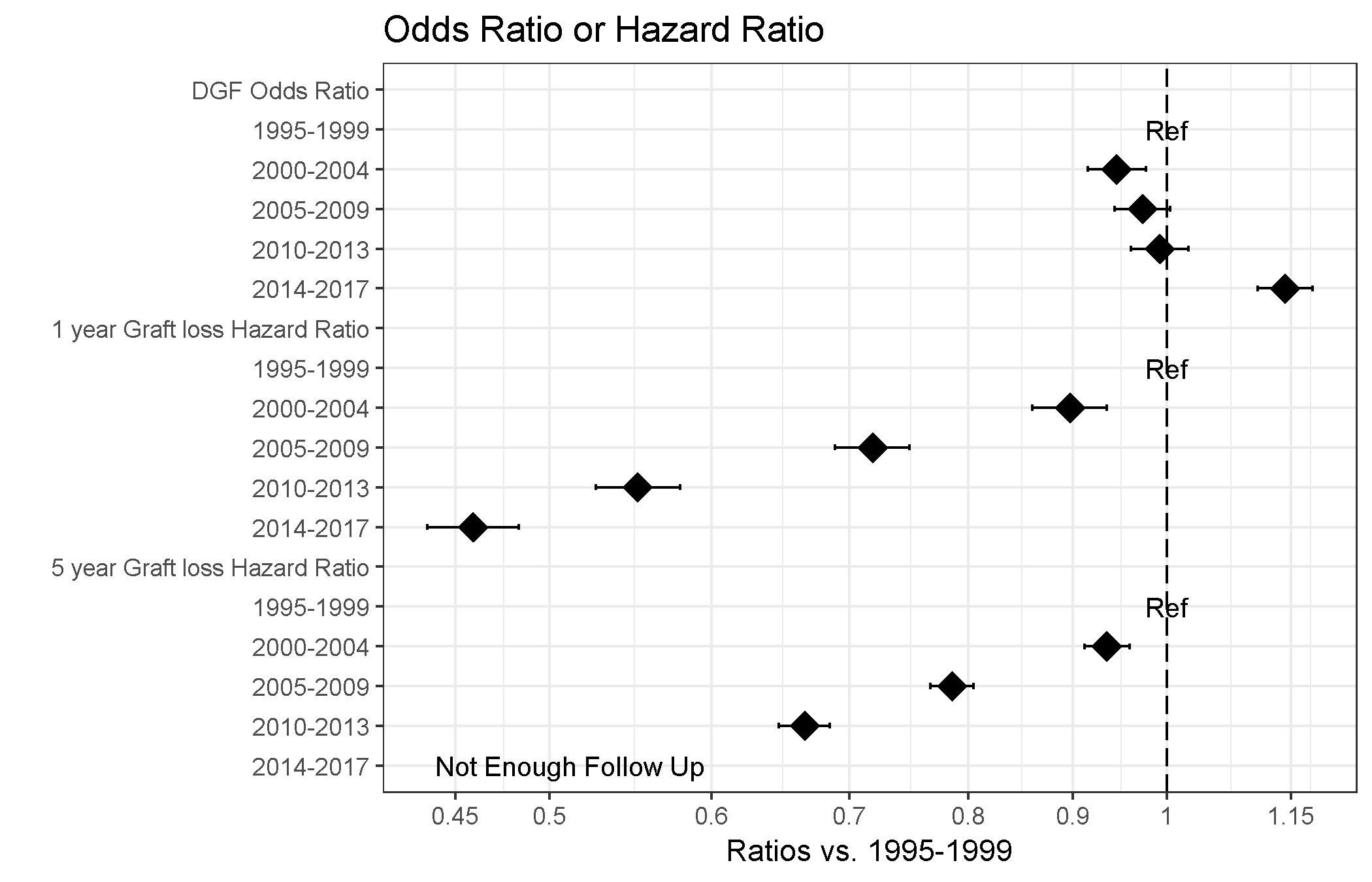