Methods: Recurrence rates as well as patterns of recurrences were investigated in all patients undergoing DBD and DCD liver transplantation for HCC between the dates of January 2003 and December 2012. 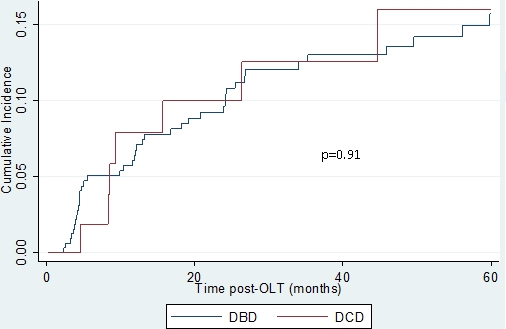 Conclusion: Patients with HCC undergoing LT with DBD and DCD allografts demonstrated no difference in the rate of HCC recurrence. The present study contains detailed explant pathology information and complete recurrence data that cannot be obtained from larger registry studies. The location of first HCC recurrence was also not significantly different between the groups. Previously published differences in survival demonstrated between recipients with HCC receiving DBD and DCD allografts, despite statistical adjustment, can likely be explained by practice patterns not captured by variables contained in the SRTR database.

« Back to 2015 American Transplant Congress