*Purpose: Liver transplantation (LT) is one of the most definitive treatments for patients with end-stage liver disease and acute liver failure, and it has been widely accepted. After partial LT, two different processes will happen: liver regeneration and ischemia-reperfusion (I/R) injury. The functional capacity of the graft liver is to regenerate, which compensates for decreased liver volume and impaired hepatic function. In the meanwhile, I/R injury will occur. Platelets are considered to act in concert with activated Kupffer cells and leukocytes, which can be the core mechanisms for regeneration and I/R injury. Transient thrombocytopenia is a common phenomenon after LT, and several clinical studies have revealed that perioperative low platelet count is an independent risk factor for poor outcomes after LT. Recent studies highlighted that platelets have strong effects on promoting liver regeneration. However, these studies are based on partial hepatectomized model, and the results in LT haven’t been thoroughly investigated. The aim of our study was to identify the role of platelets in liver graft and its outcomes after partial LT.

*Methods: We used a 30% partial liver transplantation (LT) rat model to conduct this study. Eighty-week Lewis rats were subjected to 30% partial LT with phosphate-buffered saline administration (control) or 30% LT with thrombopoietin administration (PLT). The groups were evaluated for liver regeneration.

*Conclusions: Our results indicate that platelets stimulate liver regeneration without aggregating I/R injury after partial LT in rat, and we are to further investigate the mechanism in the future studies. 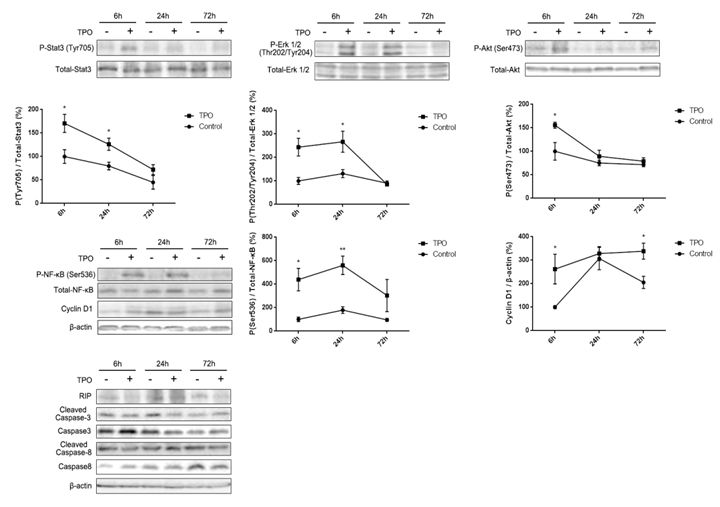