*Purpose: Interferon-β (IFNβ) is a type I interferon that binds to its receptor (IFNAR) expressed on immune cells. It has known antiviral and pro-inflammatory activity but also is used as an immune modulator. Mechanisms remain unclear.

*Methods: We performed allogenic heart transplants in WT and conditional IFNAR-/- mice with and without CTLA4-Ig and IFNβ, in vitro murine and human Treg induction cultures, and gene expression analyses (RT-PCR) and analyzed Foxp3 expression and acetylation using a proximity ligation assay. 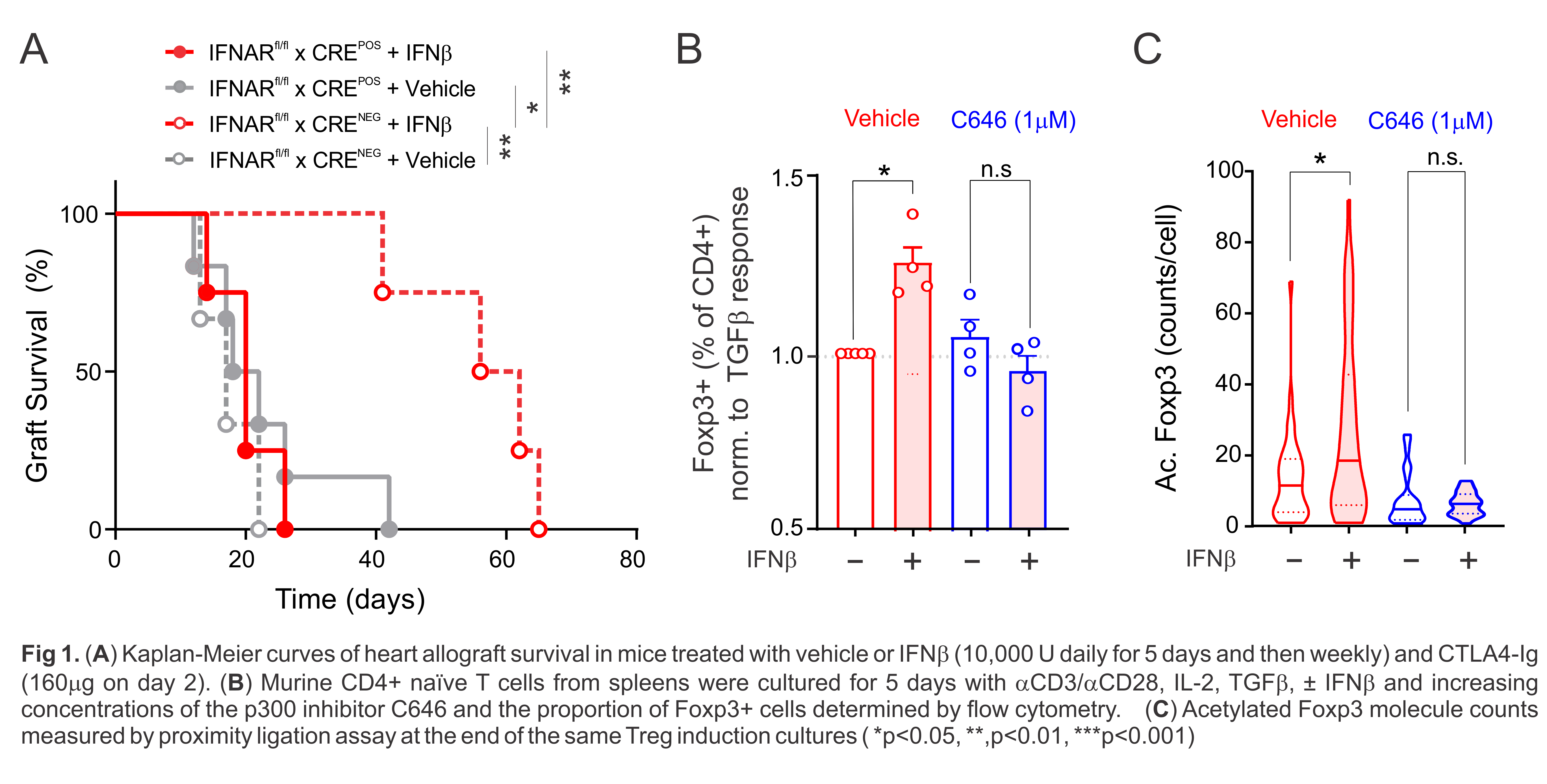