*Purpose: Since the inflammatory phenomena that occur after transplantation are decisive factors for developing renal rejection, we decided to study how the elevation of some cytokines levels, such as IL-2, IL-8 IL-17a, IL-22, IFN-γ, IL-4 and TGF-β, could impact to renal function.

*Methods: The subjects’ age was between 18 and 75 years and none of the individuals had evidence of infection, chronic liver disease, cancer, autoimmunity, IMC ≥ 30 kg / m2, being pregnant, having had a hospitalization or a surgical procedure in the previous month, being recipient of multiple organ transplantation, and having had an event of acute rejection during the previous three months. We recruited, as well, 112 kidney donors (KD) with the same criteria, and also, 113 individuals from general population (GP) in the same age group from a community at the state of Michoacán, Mexico. We estimated the glomerular filtration rate (GFR) of the individuals and then we obtained serum samples from everyone. We grouped the subjects according to their GFR and quantified the levels of such cytokines. Later, we did two statistical analyzes: first we realized a correlation probe to see if there was a relation between the kind of population and the levels of these cytokines and after we made a lineal regression to see how every cytokine modifies the GFR.

*Conclusions: We concluded that IL-8 and TGF-β, as their relevance in correlation, could be studied as indicators of failure or success of renal function after transplantation. 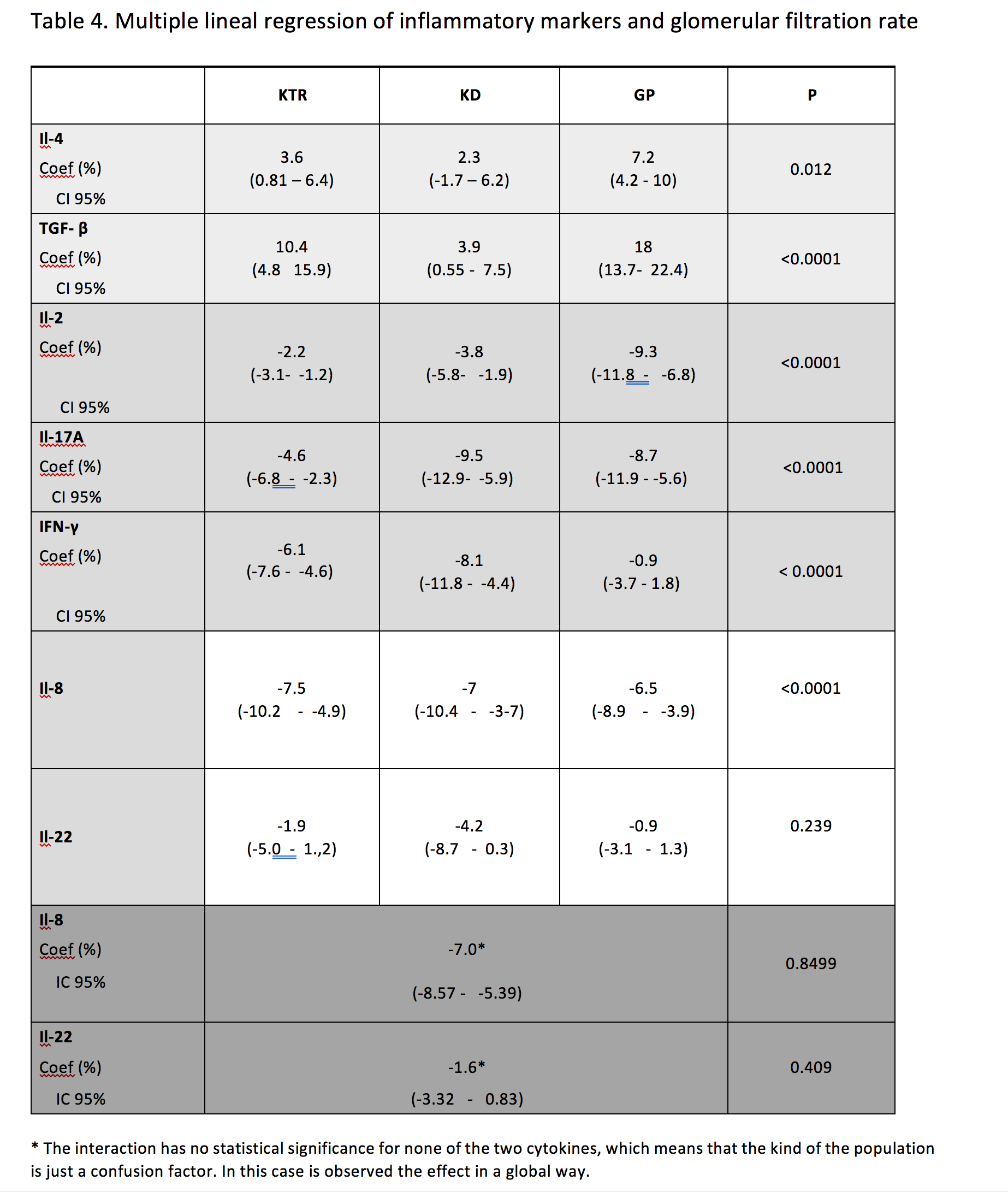